Bahlman Cleaners Cares,
and it shows in all your clothes! 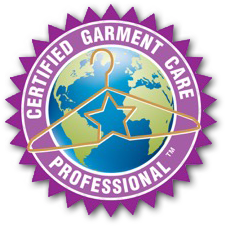 Bahlman Cleaners About Us

Bahlman Cleaners is here to help you present your best self in any situation by providing unparalleled dry cleaning and laundry care through a diverse list of services delivered by friendly, personal staff who are well-trained in classic applications of current products and technology.

Bahlman Cleaners is a family-owned and operated drycleaner and laundry proudly serving West Texas since 1947. Founder, Melvin Bahlman, purchased his first cleaners in Robert Lee, Texas, expanded to the community of Sweetwater in 1958, then to Winters and expanded again in 1966 to San Angelo, Texas. Our first San Angelo location was at the 5-way intersection of Van Buren, Ward and Beauregard streets. A 2nd location on 19th Street in San Angelo was opened in 1969. Leon Bahlman, Melvin’s brother, purchased the San Angelo locations in 1978, after having served many years as general manager. In 1980, the business negotiated a contract with Levi Strauss to pre-wash and press as many as 10,000 (yes, that is correct) pairs of jeans per day.

Since 1980, the Bahlman family has expanded to 5 locations in San Angelo, Texas as well as in the west Texas towns of Odessa, Sonora, and Ozona. Contract services are provided in other area communities such as Eldorado, Mertzon and Sterling City.

Bahlman Cleaners in Sweetwater, Texas, although no longer associated with the San Angelo operations, continues to operate under the ownership of the founder’s daughter.

We currently do not have any positions available, but appreciate your taking the time to inquire. Please check back later!

If you are interested in applying for this position please send résumé and/or work experience to customercare@bahlmancleaners.com. Be sure to specify which position you are applying for.